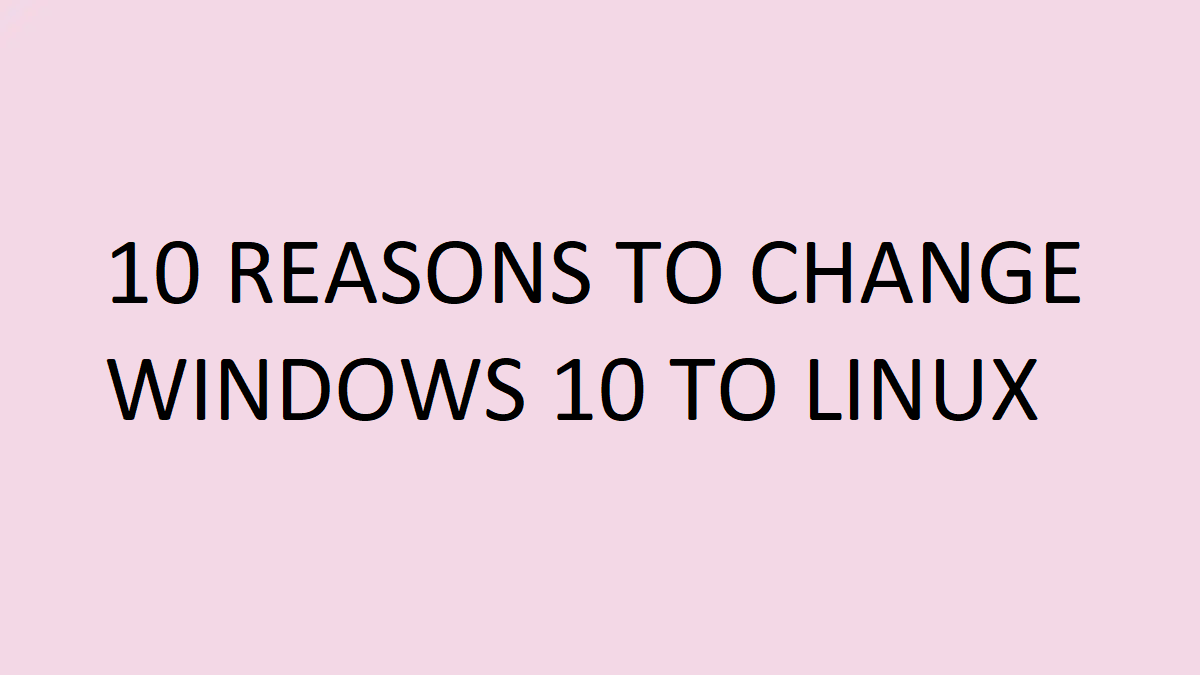 Windows 10 has been around for a long time, but not everyone likes it. On the other hand, support for Windows 7 ended in early 2020, and users must either upgrade to a new version or look for an alternative. For such cases, there are a huge number of free Linux distributions that you can try and start using.

In today’s article I will give 10 reasons why you should leave Windows in favor of Linux. Linux-based operating systems are open source and freely distributed, but this is not their only advantage.

1. LINUX CAN BE USED FOR FREE

Linux kernel-based operating systems are distributed open source, which means that they can be used completely free of charge. At the same time, a Windows 10 license costs about $ 150. If this is not very important for home users, because you can always find a hacked version, then for companies that are important to use licensed products, it is very interesting. Thanks to free, you can try all Linux distributions and choose what you like. It will only cost you your time.

This reason follows from the previous one. Thanks to the general freeness of Linux operating systems, a huge number of free programs have been created for them and new ones are being created every day. You may not find popular and familiar programs here, but in most cases there are free alternatives for them. Paid programs for Linux can be counted on your fingers.

All decisions about the development and behavior of Windows are made by Microsoft. If the company decides that you will receive updates at some point, you will receive them when they decide to stop supporting a particular version of Windows, support will be terminated, despite the fact that the system is still used by many. For example, they stopped supporting Windows 7. In Linux, everything is different. There is no single company that would make such decisions. All decisions are made by the community. A clear example is the cessation of CentOS support for Red Hat. The community immediately created an alternative – Rocky Linux, which will be binary compatible with CentOS and will continue to evolve instead.

When Windows 10 just came out there was a lot of noise around that this system collects telemetry data about user actions and transmits it to Microsoft. Not all users like it, despite the fact that according to the company, all data is impersonal and is used only to improve the performance of Windows. For the most part, Linux distributions do not transmit data about users and their actions anywhere. At one time, Ubuntu developers tried to pass user search data to Amazon, but that’s in the past. The community won. And even then this feature could be disabled, and the collection of telemetry in Windows 10 is unlikely to be disabled. There are special distributions designed for maximum anonymity, which are downloaded from a flash drive, use VPN and encryption to connect to the Internet and allow you to leave no digital traces.

The power of old laptops and computers will not be enough for normal operation of Windows 10. Even if this operating system will work there, it will be very slow and uncomfortable. Linux distributions are less demanding on hardware resources. There are special lightweight desktop environments and lightweight programs, including browsers that you can use on weak hardware. But even standard Ubuntu on older hardware will run faster than Windows 10. Of course, not all older computers can be saved with Linux, because it’s not just the operating system, but the programs you’re going to use.

Viruses for Linux also exist and therefore it is not necessary to relax at all. But thanks to the multi-user architecture of Linux, the installation of programs from repositories, a wide variety of distributions and the low popularity of Linux among home users, there are almost no viruses that can infect home computers. And if there is, then the probability of catching them is much less, compared to Windows.

8. MORE CONTROL OVER THE SYSTEM

In Windows, we often encounter various problems, install, for example, several programs or games and the audio driver flew, the desired program does not start, the computer does not turn on, and there were important documents and there is no time now to reinstall. Yes, if you just work in Word, do not run third-party programs and do not download anything, the system will last for years. But even then, over time, the registry becomes clogged and Windows begins to slow down noticeably.

In Linux, nothing will break until you break it by accident or on purpose. If you want the computer to work – do not touch those components that can lead to failures, and so you have complete freedom to configure the interface and install programs.

This reason is relevant, first of all, for programmers because it opens up huge opportunities for them. The code of almost all programs is open, which means that you can not only learn it and improve your programming skills, but also change it, making the program better and adding new functionality to it. If you are missing any function in the program or there is no program that you need, you can create it!

In this article, we’ve covered 10 reasons why you should replace Windows 10 with Linux. Every year there are more and more such reasons. Previously, Linux was positioned only as a system for servers. Now everything is not so bad on home computers. In addition, thanks to Valve for Linux, games have appeared. I hope this article will help those who still have doubts. Have you already switched to Linux? What are the most compelling reasons for you? Write in the comments!

We hope you enjoyed this article. if that is so please rate this page with the stars bellow and subscribe to our YouTube channel.