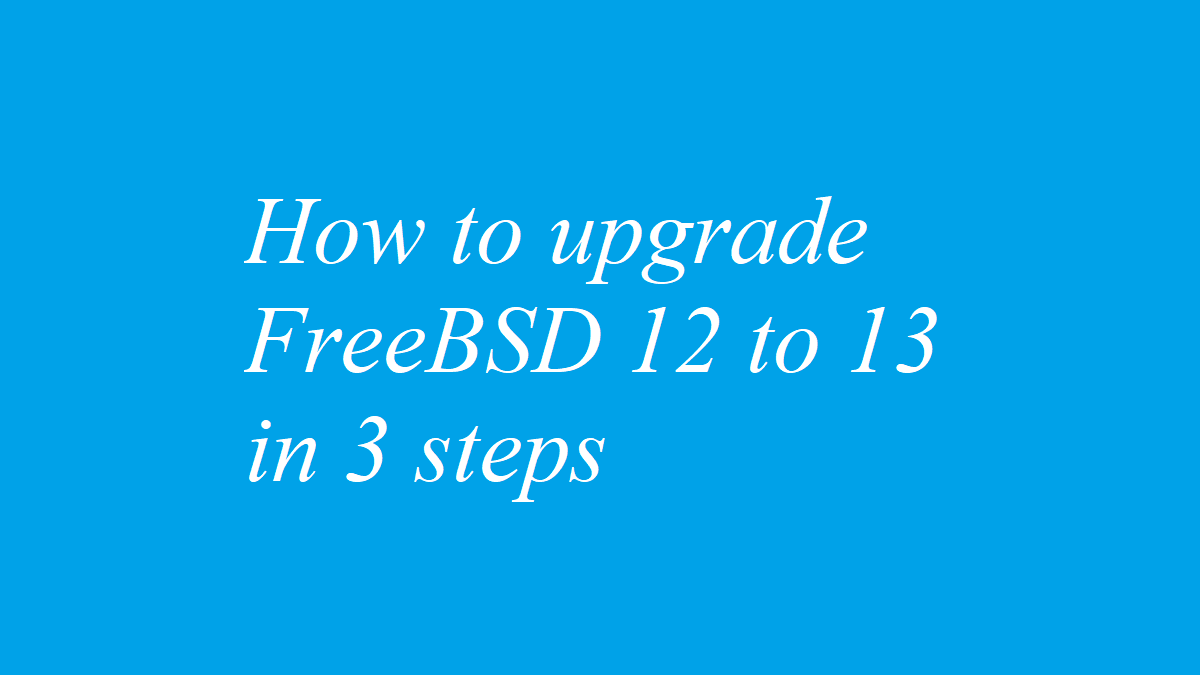 FreeBSD is an operating system used to power modern servers, desktops, and embedded platforms. A large community has continually developed it for more than thirty years. Its advanced networking, security, and storage features have made FreeBSD the platform of choice for many of the busiest web sites and most pervasive embedded networking and storage devices.

First things first. The most important step in any general upgrade is to BACKUP ALL YOUR CONFIG FILES AND DATA.

Now lets make sure that we are upgrading from version 12

Okay here we can see that we are using version 12.2-RELEASE-p6 so everything is ok so we can continue our upgrade. The next step is going to be to update everything to its latest version.

After finishing all updates and upgrades we are ready to start the main event, but for security reasons here is a good warning for you.

WARNING: Make sure you backup all important data, config files, and database tables/DBS. LateWeb.Info is not responsible for any data loss, and upgrading FreeBSD should only be attempted after backing up all data.

you will se the following screen:

Select Y and press ENTER. The installation will continue as following

After a little waiting for the inspecting of the system FreeBSD is going to download all it needs, now we have to apply the downloads by typing the following:

You will se the following output:

Therefore we have to reboot the system:

After FreeBSD has started, enter in the console and check if you are running the new version 12 🙂

You will be surprised to see that you are running still version 12 😀 To finish the upgrade run upgrade again….

Now you will see version 13

We hope you enjoyed this article. if that is so please rate this page with the stars bellow and subscribe to our YouTube channel.